The Nelbinar: Creating an original alien race and homeworld in Star Trek Adventures 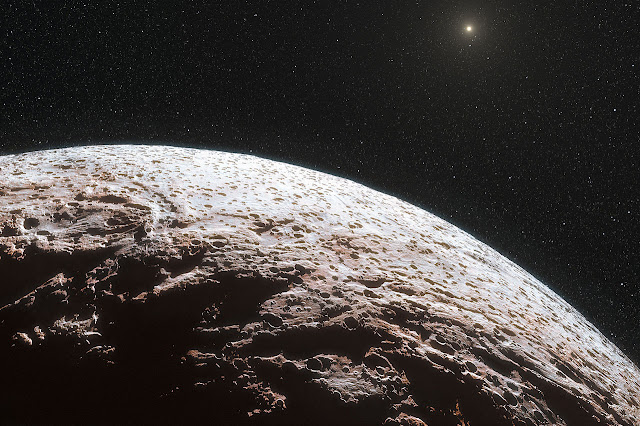 Numerous episodes of Star Trek rely on strange new worlds both as settings and as plot devices to drive stories.  From the planet Minos in TNG, which was taken over by automated weapons systems, to the beautifully realized Pahvo in the most recent episodes of Star Trek Discovery, exotic alien worlds play a huge roll in Star Trek storytelling. So it’s no surprise that Star Trek Adventures offers some advice on creating new races and planets.

As I noted in my previous post about running “Signals,” the adventure scenario included in the free quickstart guide, I felt a mining colony of humans missed an opportunity to offer player characters something more interesting. So when I run the adventure, I substitute an alien mining colony into the adventure. These aliens, which I called the Nelbinar, started in my imagination as nothing more than a Star Trek version of the Svirfneblin, or deep gnomes, from Dungeons & Dragons. I imagined them as a people who send mining crews throughout the Shackleton Expanse looking for new precious materials they can take back to their homeworld to build exquisite feats of architecture. I decided they’d be short in stature, have gray skin and large and pointed ears – all owing to depictions of Svnirfneblins in D&D. One of the best-known Svirfneblin characters from the Forgotten Realms novels had enchanted tools attached to his arms after his hands were cut off, so I decided the Nelbinar, likewise, use cybernetic enhancements to aid them in their work.

From that fairly basic concept, I decided to create the Nelbinar homeworld using the guidance in chapter 10 of the Star Trek Adventures core rulebook, which provides several random tables for planet creation. I had a rough idea of what the Nelbinar homeworld might look like, but I decided to go with whatever random elements the tables turned up as a creative exercise, whether my rolls produced results that matched my original vision of the planet or not.

The process begins with a table determining the planetary type, but I knew the Nelbinar homeworld most likely would have to be Class M to support the evolution of a humanoid race, so I skipped to the next table that focuses exclusively on habitable planetary types. From that table, I rolled a dry desert world, like Vulcan. The next table, on which gamemasters are instructed to roll twice, confers planets with notable features. From that table, I got “warlike primitive inhabitants” and “transcendent inhabitants of great power.” Those two elements left me scratching my head a bit since neither one fits all that well with what I envisioned for the Nelbinar.

I put some thought into it and decided the cybernetic enhancements nearly all members of Nelbinar society use grant the ruling elite of the planet a form of surveillance on the population. The elite compile a huge amount of data about the activities and whereabouts of nearly every member of the species, giving them an almost omniscient view of the planet. So that took care of the “transcendent inhabitants of great power.” But what about the “warlike and primitive” part? I decided that the planet is highly polluted as a result of the species’ limitless drive for construction and development. The Nelbinar pump nearly all of their waste into a large inland sea, where they also send all their criminals, prisoners and undesirables. These prisoners suffer a range of maladies due to their environment, leading to a rough and painful existence on the islands of the sea.

With just those few elements in place, I feel like I’ve got a pretty good grasp of the viewpoint of Nelbinar characters. I’m already visualizing how those pieces might fit together in an episode set on Nelbinar, even though I have no immediate plans for my players to visit the planet. It was a fun mental exercise that makes the Shackleton Expanse (the setting for the Star Trek Adventures living campaign) a little more real in my mind’s eye.

Here’s my complete write-up of the Nelbinar and their homeworld. Feel free to borrow it for your own games, Star Trek or otherwise.

Overview:  A race of intelligent humanoids with claims on several worlds in the Shackleton Expanse. The Nelbinar dispatch mining teams throughout the region to find unique resources to take back to Nelbinar. Driven by the desire to build their arid homeworld into an engineering marvel, they show no concern for the natural world or environment. Instead, they revere their own ingenuity and technological acumen. They believe their proclivity for innovation will conquer any problem they encounter. Sustainable growth carries no meaning to them.

Appearance:  Nelbinar are short in stature compared to humans, often possessing a slim frame. Their skin is usually a grayish and unhealthy color due to the polluted environment on which they live. Their skin pigmentation is a natural adaptation after generations of being exposed to harsh sunlight on a planet without an ozone layer. They possess large noses and pointed, leathery ears. They often outfit their bodies with cybernetic implants. Goggles that change lighting and enhance visual acuity are common, as are tool-like attachments.

Society: Nelbinar is a desert world, like Vulcan. Nearly all of the planet’s surface – and much of its substrata – features structures developed by the Nelbinar species, made from exotic materials gathered from across the cosmos. Nelbinar spend little time outdoors and do not value nature.

The Engineers, a political elite that design the planet’s more advanced technology, govern much of Nelbinar society and form a ruling class. The cybernetic accessories that virtually all Nelbinar citizens wear also provide the Engineers with a vast dataset on the planet’s population, offering them endless insight into how to they should structure their society, though other societies might consider this level of surveillance an intrusion. This dataset, referred to as the Grid, takes on an almost spiritual meaning to the Nelbinar, and communing with the Grid is reserved only for the most brilliant among the population.

The lone exception to the extensive development that covers Nelbinar is one inland sea, where the Nelbinar dump much of the waste and unwanted byproducts that result from their vast construction efforts. This highly polluted environment features a chain of islands where many of the planet’s convicts and prisoners are sent. The inhabitants of this island chain are warlike and primitive, and many of them suffer from illnesses and psychoses as a result of exposure to toxic compounds.

Ecological niche & impetus toward intelligence: The harsh desert conditions on the surface of the planet favored species that could build elaborate shelters, and that’s exactly where the Nelbinar excel. Their mastery of building with an endless range of materials granted the evolutionary advantages they needed to become the planet’s dominant species. They view their planet as little more than a blank canvass on which to create. The planet gave them little of value, so the Nelbinar have no qualms using their homeworld and its resources as they please.
Posted by Unknown at 1:26 PM